Send us a message

Have a question? Send our franchise law experts a message. We will make every effort to reply within one business day.

Thank you! We will reply to your message as soon as possible.
Close
Please answer all questions and provide a valid email and phone.

David L. Steinberg is a leading franchise lawyer in the Detroit, Michigan area with over 30 years of experience. 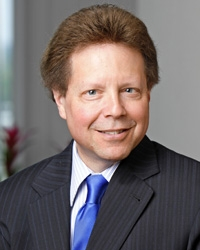 David L. Steinberg graduated from the University of Michigan in 1977 with a Bachelor of Arts degree in History and Communications and earned his Juris Doctor Law degree from the University of Detroit School of Law in 1980 where he served as Article and Book Review Editor of the Law Review. In 1982, Mr. Steinberg obtained his Masters degree (LLM) in International Trade Regulation from the Georgetown University Law School. He was admitted to practice law in the States of Michigan in 1980 and California in 1987.

Mr. Steinberg is Of Counsel to Jaffe Raitt Heuer & Weiss, PC in Southfield, Michigan, where he is co-chair of the firm's franchise law section. He is an expert in the field of franchise law, having served as general counsel of a publicly held franchise company and advisor to numerous national franchisors and franchisees throughout North America. Since 1993, Mr. Steinberg has served as an arbitrator with the American Arbitration Association adjudicating numerous complex commercial, intellectual property, licensing, franchising, commercial, non-competition and employment related disputes.

how can we help?

Get in touch for a consultation.